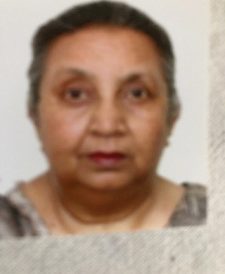 Roma Solomon is a medical doctor by profession with more than 40 years of experience of working in community health programs in India, Nepal and Bangladesh. She has worked both at grassroots as well as managerial levels for various international organizations. Since 1999, Roma has directed the secretariat of an non-governmental organization consortium (CORE Group Polio Project India) that works to eradicate polio and improve routine immunization in high-risk states of India. Bringing in civil society perspectives in demand generation for immunization, she also represented it as the chair of the Gavi Civil Society Organization (CSO) Steering Committee and member of the Oversight Advisory Group that monitors and evaluates the Gavi CSO platform project. She has been the CSO representative on the Strategic Advisory Group of Experts on Immunization (SAGE) for two years and a member of the Transition Independent Monitoring Board for polio at the global level.

Effectiveness of a community-level social mobilization intervention in achieving the outcomes of polio vaccination campaigns during the post-polio-endemic period: Evidence from CORE Group Polio Project in Uttar Pradesh, India

Working Toward a Long Life for All with Dr. Ashmita Gupta and Dr. Salvia Zeeshan!

Join us for a World Immunization Week conversation with a 2021-2022 Sabin Social and Behavioral Research Grant recipient team based in India!

Keeping Vaccination in the Conversation

Our work to elevate vaccine access, equity, and acceptance on the global stage

This case study report summarizes commonalities across the effective interventions and highlights the emerging themes and community action.